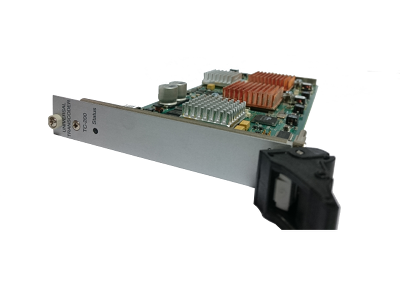 In Broadcast mode, the Universal Transcoder supports full decoding and re-encoding of content to make sure optimal quality is maintained throughout the transcode process. The transcoder module is able to transcode AVC to MPEG-2, MPEG-2 to MPEG-2, MPEG-2 to AVC, and AVC to AVC. The transcoder module supports transcoding densities of up to 4 HD or 16 SD services per module, with fexible resource allocation to make the following HD and SD combination modes possible;